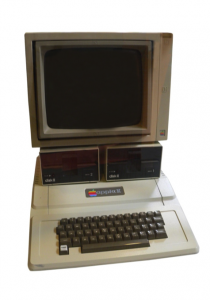 Originally named micro computers until IBM popularized the term ‘Personal Computer’, PCs have come a long way in their lifetime. From the early days of Commodore 64s and TRS-80s, the past thirty or forty years have seen PC’s revolutionizing the way that we work. As with all technology though, its biggest challenge is keeping up with man-made evolution and we're afraid that PCs just aren’t the way forward anymore.
Read More